Seal Beach is an Orange County, California city which is in the western most corner of the county. Seal Beach is bordered by Long Beach and San Pedro Bay on the northwest, Huntington Beach and Huntington Harbour on the southwest, Garden Grove and Westminster on the east and Los Alamitos on the north. The city was incorporated and took its current name in 1915. Previously the city was called both “Anaheim Landing” and Bay City. The city is known as the “Friendly City” and has an approximate population of 25,000 residents. Seal Beach is just 29 miles from Los Angeles and 102 miles from San Diego.

This is the best investment in todays Seal beach market! Once in a lifetime opportunity to own 3 1/2 lots on a corner, consisting of 3 buildings, on a PRIME Main Street l...

Ready to own a piece of paradise in the lovely City of Seal Beach? Here is your opportunity to own an income producing triplex with views of the Pacific. the Pier and Th...

Gorgeous, remodeled, fully leased 4-plex in a prime location of Old Town Seal Beach near Main Street, the Beach and other highlights of the neighborhood. The interior an...

This freshly remodeled 5-bedroom, 5-bathroom gem in “The Hills” of Seal Beach is a definite Must See! This home has just been reimagined with over 1200 square feet of n...

We work in boxes, so why should we live in them? Here's your chance to live outside the box in a Leon Meyer designed home. Known as "King of the Round House,” Leon create... 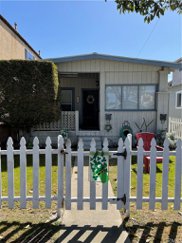 This property is a perfect investment opportunity for someone looking to build a new single family home or multi-family structure. Half a block to the beach and two block...

This Seal Beach house is situated on the hill right across from Mcgaugh Elementary School. It is a beautiful 3 bed 2 bath with a great patio area and backyard space, perf...

The beach house you've been waiting for. This delightful home is situated on a terrific corner lot, north of the pier in the highly desirable Old Town area of Seal Beach,...

The definition of pristine and truly an impressive home that checks all the boxes in College Park East. Impeccable attention to detail throughout is evident before you e...

Welcome to this highly sought after Cornell Model in College Park East, one of the most desirable neighborhoods in Seal Beach located in the award winning Los Alamitos Un...

Welcome home to 269 Harvard, Seal Beach...exciting and truly rare opportunity to own a turnkey and move in ready 4 bedroom single level in the exclusive and highly sought...

Most desirable single story “Columbia” model home with 2016 SF and an open floor plan with vaulted ceilings is awaiting your arrival! The spacious & attractive living r...

Welcome to 325 Spinnaker Way, Beach Living at it's Finest! Located literally steps from the water and close to Main Street, the Seal Beach pier and the Marina, the locati...

Based on information from California Regional Multiple Listing Service, Inc. as of . This information is for your personal, non-commercial use and may not be used for any purpose other than to identify prospective properties you may be interested in purchasing. Display of MLS data is usually deemed reliable but is NOT guaranteed accurate by the MLS. Buyers are responsible for verifying the accuracy of all information and should investigate the data themselves or retain appropriate professionals. Information from sources other than the Listing Agent may have been included in the MLS data. Unless otherwise specified in writing, Broker/Agent has not and will not verify any information obtained from other sources. The Broker/Agent providing the information contained herein may or may not have been the Listing and/or Selling Agent.

The Montage Resort Laguna Beach is a high-end, luxury beach front hotel, spa, and dining destination.  The amenities at the Montage are open to the residents of the luxury properties at the Montage, as well. The Montage offers beachside villas with classic wood and stone architecture, spectacular interiors and private courtyard entries. The custom Montage Oceanside estates have private entrances and beach access, breathtaking views and all while enjoying everything the resort has to offer. Prices range from 5 million to 27 million and upwards, at the Montage Resort Private Residences. Emerald Bay, Laguna Beach offers a gated community with private beach access, in a French Mediterranean style. Homes in this exclusive neighborhood will range in price from 3 million dollars to approximately 30 million dollars.  In the Northern most end of Laguna Beach, a gated community, Irvine Cove, is home to 110 homes on a secluded piece of beach. These cliff top estates will range in price from 6 million dollars to 40 million dollars. This is a highly desirable area and the prices reflect this.

With over three million visitors each year, Laguna Beach is a fantastic vacation destination in Southern California. For those in the market for luxury homes, Laguna Beach has many breath taking options. For information in your home search on Laguna Beach Real Estate please contact The Franco Team Today.